I recently finished writing a chapter for the Seshat History of Moralizing Religion in which I summarize the statistical patterns from the data that the Seshat project gathered on moralizing supernatural punishment/reward (MSP). You can read more about this project, data, and results in this academic publication. The main thrust of this research was on testing rival theories attempting to explain the evolution of MSP (it is summarized in this blog post). But today I want to write about the historical geography of MSP. I’ve put together this infographic, based on the Seshat data, which depicts the evolution of MSP in time and space.

Our data show that some elements of MSP are found in many different parts of the world and have substantial antiquity. Fully developed MSP, on the other hand, evolved in one particular world region during a period that can reasonably be called the Axial Age.

The Axial Age, of course, is a fairly controversial idea, and there are many different ways to define its temporal boundaries and to localize it in space. However, by focusing on one particular aspect (MSP), defining its dimensions, and gathering systematic data across the world regions and historic eras, the Seshat project provides us with a quantitative, empirically based approach to delineate the spatial and temporal boundaries of this “Age of Moralizing Religion.” Let’s see what the data tell us.

Full MSP first developed in Egypt during the second millennium BCE. The central MSP idea in Ancient Egyptian Religion, Ma’at, presages later developments in West Asian Monotheisms and South Asian Karmic religions, because although Ma’at was primarily conceptualized as a supernatural force or universal principle, it was also personified and depicted as a supernatural (or superhuman) agent.

In the next, first BCE, millennium full MSP became firmly associated with the rise of what Alan Strathern calls “transcendentalisms,” such as Zoroastrianism, Judaism, Buddhism, and Jainism. This evolution took place within the Central Political-Military Network (more on this in Chase-Dunn and Hall, Rise and Demise). The core of this Central PMN was the Achaemenid Persian Empire, which stretched from Egypt and Anatolia to Sogdiana and the Indus. The Central PMN was an “incubator” for religious ideas originating from Egypt, the Steppe, North India, and other geographically adjacent regions. These ideas mixed and recombined in new ways, becoming the progenitors of all currently existing world religions with full MSP. 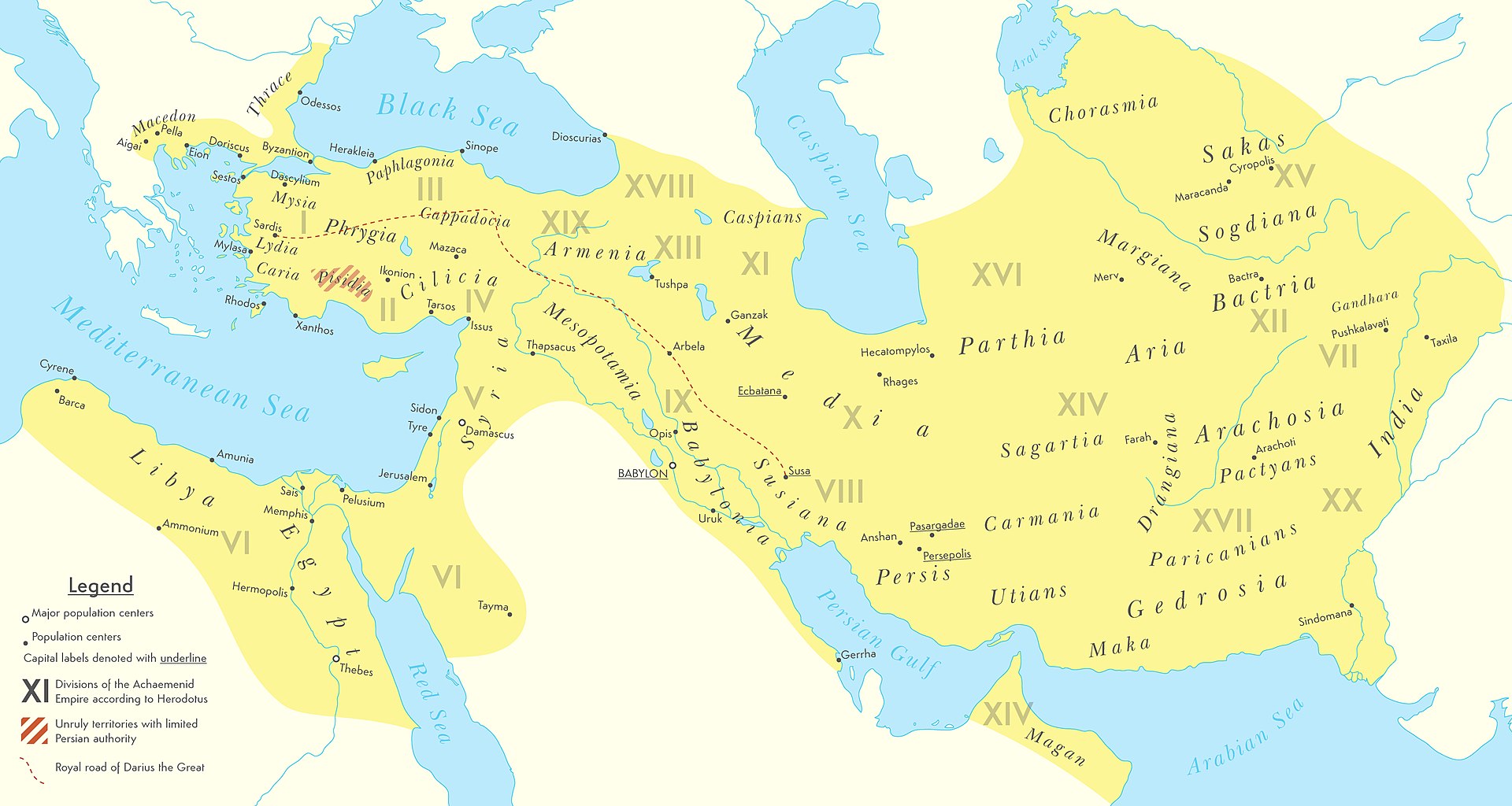 There were two major flavors of these Axial Age transcendentalisms. The West Asian one emphasized a Big God that monitored human moral behavior and punished the evildoers. The South Asian transcendentalism was based on the notion of karma, a non-agentic force, or universal principle. Despite this difference, these two flavors had a lot in common—beliefs in punishment/reward in the afterlife, internalization of moral norms, and an emphasis on salvation, liberation, or enlightenment.

Interestingly, the East Asian PMN was not part of this religious interaction sphere, although by that point Central and East Asian Prestige Goods Networks have already merged, and religious ideas could travel together with merchants (which, indeed, happened, but a millennium later, when Buddhism arrived in China and Manichaeism in Mongolia).

What was so special about the Central PMN in the Axial Age? Analysis of the Seshat data points to the role of military revolutions and overall intensification of warfare as the primary causal driver of MSP. The invention and spread of cavalry, in particular, is the strongest predictor of the increases in MSP. This statistical result helps us understand why world religions with full MSP evolved in the Central PMN at that particular period in time. Horse-riding was invented in the Great Steppe around 1000 BCE. It spread to Iran by 900 BCE and to North India by 600 BCE. Cavalry revolutionized warfare within the Central PMN, leading to a cascade of other military innovations, followed by rapid cultural evolution of MSP.

All transcendentalisms with full MSP that exist today, thus, are evolutionary offshoots of the religions that developed within the Central PMN in the first millennium BCE. The main mode of evolution of MSP was spread by military conquest, by long-distance traders, and by missionaries. Apart from the initial evolution in the Central PMN, we know of no examples of independent evolution of full MSP, as is imagined by the Big Gods theorists (although world religions often incorporated cultural elements from local religious traditions, once they got to a region). Instead, world religions spread through Afro-Eurasia following the spread of horse-riding and iron weapons and armor. Later another military revolution took place in Europe in the fifteenth and sixteenth centuries. Following it, world religions with full MSP spread to the rest of the world carried by European empires.

To return to what I started this blog with, the evolution of MSP is distinct in its mode from other aspects of the Holocene transformation, which, unlike full MSP, arose repeatedly and independently in different parts of the world. Instead, full MSP evolved in a particular world region at a particular time, and then spread from there. Furthermore, full MSP is not a necessary condition for effective functioning of large-scale societies. Large bureaucratic empires in China, for example, functioned well enough without other-worldly supernatural punishments, instead relying on this-world state-administered punishments and rewards. The Big Brother may be as effective (if not more so) than the Big God. A sequence of large states in the Peru region, culminating in the Inca Empire, also attests that MSP is not a necessary institution. Well-functioning secular modern states, such as Denmark or Austria, in which religion plays a minor (at best) role is more evidence for this idea. Finally, other aspects of world religions may be of greater importance for sustaining large-scale societies: their ability to symbolically unify large ethnically heterogeneous populations, their emphasis on doctrinal rituals, and their literate clergies that often served in government bureaucracies.

The evolution of moralizing religion is an interesting puzzle that is amenable to an investigation using the tools of cultural evolution and historical databases. Much progress has been made, and we now have a much better understanding of causal process involved. However, and perhaps disappointingly to some, these insights suggest that moralizing religion was not a particularly important force in the evolution of large-scale complex societies.

This post is based on a chapter titled The Evolution of Moralizing Supernatural Punishment: Empirical Patterns, forthcoming in Seshat History of Moralizing Religion (2023), edited by Larson et al.